About 12 months ago I got a call out of the blue: a guy I’d known for years wanted some help with his Google Adwords account.

The ‘guy’ in question was John Arko from FinderMonkey. Despite their slightly funky name, FinderMonkey tackle the serious business of helping people to find their lost loved ones and relatives.

And Adwords is a key channel for them – after all, if you’re trying to find someone, Google is the obvious place to start. But this wasn’t my typical Adwords request.

You see, John’s a bona fide Adwords expert – he’s been running his behemoth campaign for years, and he knows what he’s doing. And – to be honest – there was a little big of self-doubt when the request came in – could I add enough value to John’s pristine account to more than justify his investment?

I spoke to John, and asked him what he wanted to achieve, and his goals were two-fold:

1. He wanted to supercharge his account. They were already spending a lot of money on Adwords and getting good returns, but he wanted to spend more of it in the right areas.

2. He wanted a fresh pair of eyes on the account and the whole lead generation process.

And it was on that basis that I knew I could provide some significant value. You see, when it comes to Adwords, first off you’ve got all the “technical” bits – ranking first on page one, split testing ads and keywords, keeping track of the quality score and generally doing the ‘housekeeping’ that results in a healthy account. John was doing all that. I wasn’t going to be add as much value as I wanted there.

But that isn’t where Adwords ends. There’s more to it than that.

Sometimes we can get so caught up in the technical bits of Adwords that we forget what the end goal of ANY Adwords account is:

You can spend hours on cost per click, cost per conversion, quality score and all the other ‘statty’ bits of Adwords and still fail in catastrophic fashion if you don’t make any sales. As Steven Covey very sensibly said, it’s vital to begin with the end in mind, and that’s such a crucial thing to bear in mind when it comes to running Adwords campaigns.

Anyway, back to John.

Whilst his account was immaculate, and he was getting leads at a great cost, there was still room for improvement on the ‘end in mind’ bit.

You see, leads are just leads until they turn into sales. And unless you’re careful, you can end up running an Adwords account that generates loads of leads, without making you any sales.

So if you’re driving a high volume of leads, but you don’t have the visibility on what the difference between those leads are, and which types of leads result in sales, then you need to get it.

This was the case with John. He had thousands of names streaming into his database, but he didn’t have the visibility on how to group those leads and work out which ones were high value and which ones weren’t.

Thankfully though, he did have the tools to get that visibility. With his Infusionsoft CRM and a piece of software called iTracker, he was in a position to be able to see quickly and easily exactly where a lead was generated.

Which page it came in on.
Which keyword was searched.
And so on and so forth.

All of this data could be tracked from the moment the lead was generated, all the way through to the sale.

This data is GOLD DUST to someone like me. All of a sudden, you’re not just playing the game of trying to get traffic to convert at the lowest cost. Because armed with the data of the keywords and pages that don’t just result in leads but in CUSTOMERS and COLD HARD CASH, you can strap a rocket to your entire Adwords operation.

Know that one specific keyword generates you twice as many sales as the next keyword? Let’s spend some more money on that. Know that one of your landing pages gets you hundreds of leads a day but NO sales? Rectify it. Tweak it, change it, stop running it.

Here’s the interesting thing with John’s account: prior to me getting involved, there were various assumptions about the best performing adgroups and keywords, but these were all based on the number of leads generated, as opposed to exact number of sales.

And when we used John’s tracking to delve deeper, what we realised was that these adgroups generated lots of leads, but resulted in fewer sales. On the other hand, the worse performing adgroups delivered LESS leads, but way more sales.

Which just demonstrates that the old adage of ‘never assume or you’ll make an ass out of “u” and “me” is just as relevant in the Adwords space as anywhere else.

And there’s a couple of takeaways we can all benefit from, whether we’re running Adwords, or generating leads in any other way:

1. Don’t assume that all leads are created equal. A lead is just a lead until it becomes a sale, so the real value is in being able to track the amount of SALES that come from a lead generation activity.
2. Start with the end in mind. With any marketing activity, consider what your outcome is – that’ll help you create more effective marketing
3. Get visibility. John had the visibility he needed for us to be able to spot these trends and take action in them. It might take specific software or programmes, but the more visibility you have, the more educated your decisions will be.

“They still managed to find and implement numerous improvements”

We have been using Google AdWords the best part of 10 years now, so our account is pretty mature and we know what works and what doesn’t. However, working with TrafficSnap for a few months, they still managed to find and implement numerous improvements. They really take the time to understand your industry, your business and what you are trying to achieve with AdWords. I would recommend their services to anyone whether you are just thinking about using AdWords or have been doing it for years. 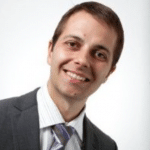 We have been using Google AdWords the best part of 10 years now, so our account is pretty mature and we know what works and what doesn’t. However, working with TrafficSnap for a few months, they still managed to find and implement numerous improvements. They really take the time to understand your industry, your business and what you are trying to achieve with AdWords. I would recommend their services to anyone whether you are just thinking about using AdWords or have been doing it for years.
https://trafficsnap.co.uk/testimonials/they-still-managed-to-find-and-implement-numerous-improvements/
0
1
TrafficSnap

If you’ve been running Adwords for a while, you may well have come across something called “dynamic search ads”. Google may have been adding recommendations to use these ad formats in your…

Remember the days when television advertising was booming? All the big brands would buy minutes and minutes of advertising, every single day, because that was where the audience’s attention was. And by…

Fill out the form to get started